LinkedIn Can Surprise You 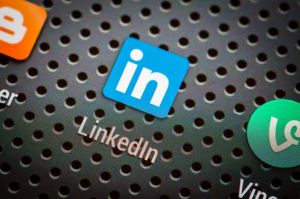 LinkedIn recently reported 300 million users worldwide with an increase of 46 percent in their revenue from Premium Subscriptions. While it is unsurprising that they have continued to grow, there are a few recent findings from Wayne Breitbarth that might be a little shocking to hear about.

1. There are now 41 percent of individuals who are reporting 500+ connections, with a full 15 percent with more than 1,000 connections.

2. According to the respondents of Breitbarth’s questions, 58 percent stated they are now spending more than two hours a week on LinkedIn. This is a 10 percent increase from last year. Individuals aren’t going to spend time on a site that isn’t doing anything for them, so it would seem that they are seeing results.

3. Breitbarth found out that groups are no longer getting the attention they once did. Perhaps this has been due to site wide automated moderation, or SWAM, or even too much spam, despite the moderation. The results dropped 22 percent this year from last year’s 62 percent.

4. It also follows that only 16 percent of individuals were in the maximum number of groups allowed by LinkedIn, which is 50. This shows us that the majority of individuals are not participating in the full benefits of the groups and the actual social networking website.

5. When done correctly, the popularity of individual status updates rose to 39 percent from 10 percent.

6. The Company Page feature jumped from the 24 percent to 57 percent. This is probably the best option for small to mid-size companies. Not only does a LinkedIn Company Page provide better search results on Google, it is easy to post status updates and other industry news for your followers. A respondent also reported that 42 percent of their leads came from LinkedIn in 2013.

LinkedIn has provided multiple businesses and individuals an amazing opportunity to network. Susan J. Campbell would like to help you create a company page and, hopefully, see the leads roll in. Contact us today to see how we can help!