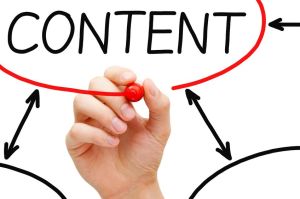 Opening up a discussion on the rules against API to a forum filled with developers is like opening Pandora’s box. Last week, one bulletin board did just this. Online content developers have long had a strong opinion on whether or not their work should be gauged toward content or ad revenues. Social platforms, like Twitter, have created a perceived hostile environment solely driven by advertising or ad-related revenues.

For the online content developer, the perimeters of business models that revolve around advertisers is tiresome. Open platforms aren’t living up to their expectations since the terms of their use change without much warning. This is wreaking havoc on new and upcoming businesses.

Unlike iOS, Twitter hasn’t solidified itself as the platform most of you had wanted it to be. But that wasn’t always the case. Twitter had initially planned to establish itself using real-time API, according to this article. Nearly 23 percent of Twitter content was coming from its third-part clients. But revenue got the best of them and, instead, focused on its revenue gamble of advertising.

Since then, Twitter has setting up service boundaries which limits communication with other social network channels. For example, LinkedIn users aren’t able to publish updates via tweets and Instagram subscribers are forced away from Twitter’s API to connect with “friends”.

Developers are looking for APIs, not ads. It’s become a revolution of sorts, all waging war on the best business model. Some examples of successful API business models are the payments API, Stripe, or Google Maps API which gives a steady revenue stream.

In every sense of the word, you want to be a social platform. As an online content developer, you want to be the base that businesses can build upon and not change things midstream. This is a business model not only links websites but enables communication as well as social interaction. You need to be a platform that is dependable and not heavily invested in ad support. We can help you with your content at Susan J. Campbell Copywriting Solutions.