Know the Power of the Hashtag

Have you heard the story of the 10-year-old girl who saw “#4” on a sign and asked what “4” stood for? It is a scary thought that because of social media, there are entire generations growing up who will have completely different definitions for punctuation marks.

The fact that she identified it as a hashtag instead of the more commonly known numerical symbol is testament to the fact that the specific mark has now transformed itself.

Fun fact: The formal term for the symbol most people identify as the number or hashtag symbol is actually called the octothorpe, according to Webster’s Dictionary. The shape got its name from the makers of the first telephone, who named it such to honor its eight protruding edges.

There’s an important lesson to be learned about how the hashtag became so popular lately.

Take the Oscars for example. Thanks to Twitter, the broadcast of the Academy 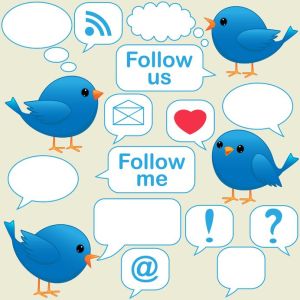 Awards broke records when it became the most hashtagged, favorited and shared event in social media history. During the ceremony, over 14 million tweets were posted using “#oscars and #oscars2014. That means that there was a specific stream of tweets where you could read millions of tweets all about the Oscars in one place.

The fact that these tweets were in real time is just one of the novelties. Fans could feel like they were a part of the action from across the country on their couches. Engaging the masses and making them feel included in the star-studded affair is a genius way of connecting with consumers.

What can we learn about the hashtag that can benefit our marketing strategies? It is a priceless tool you can use to connect with your consumers by giving them real-time feedback, interacting with them and giving them a resource to read and share your brand. When you give your consumers something they are excited to tweet about, that hashtag will do major marketing leg work for you.

If you are as intrigued by the hashtag as we are, give us a call and let’s find out more together. If there’s one thing the professionals at Susan J. Campbell Copywriting Solutions love, it’s talking about ways we can up the ante on your social media presence.