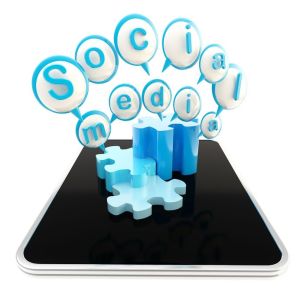 Leave it to the younger generation to let you know what’s hot and what’s not. Teenagers may be flippant, but that’s what drives them to stay abreast of new trends. According to this Business Insider article, teens are bored of Facebook and are now embracing a new face of social media.

While we wouldn’t call it a “break-up” per se, teens are certainly flocking to more private ways to share their duck lips and most intimate thoughts. Even Facebook itself admits it may have lost its luster when it comes to the younger generation.

In the social media giant’s yearly 10-K report, authors note that younger users are substituting Facebook with other comparable apps. Services like Instagram and Snapchat represent the new face of social media because they allow for a more intimate way of engaging with friends. If this trend continues, Facebook execs admit there could be a problem.

Josh Miller, CEO of Branch.com, a platform used to aid online discussions, says in his blog entitled “10th Grade Tech Trends” that highschoolers are indeed shying away from Facebook. Miller’s own 15-year-old sister admits she saves Facebook for last, visiting only after she’s done her stalking via Instagram.

What is it about Facebook that has helped popularize this new face of social media? One point that Miller’s sister raised was that Facebook wasn’t private enough. She advised that the only people willing to chat on Facebook were the ones she wished to avoid. Ellis Hamburger of The Verge said that Facebook had gotten too big to serve everyone’s needs and in the process, teen engagement fell through the cracks.

Adam Ludwin, creator of Albumatic, a photo album app designed for social media, said that young adults participating in one of his focus groups also expressed a desire for a more unique experience.

For teens, the new face of social media appears to be a photo-driven, cozier exchange amongst friends. The market has spoken. Are you listening?