How Netflix Rescued its Brand 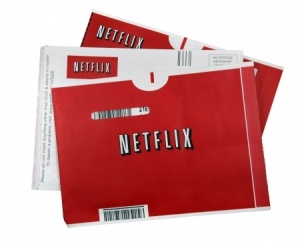 The year 2011 started off on the wrong foot for Netflix. Their stock lost half its value in just three months and Netflix CEO Reed Hastings was even named the worst CEO of the year by the New York Times. Ouch.

So to say that Netflix has made a comeback would be the understatement of 2013.  Albeit making some major mistakes (like attempting to split mail order DVDs and live streaming into two separate sites) and raising prices, Netflix has clearly made up for it. In January 2013, Netflix reported that over 2 million new customers had clicked “subscribe” on their website and produced a $7 million profit. Even their stock came out of the red and jumped from under $100 in worth to $140 in just a 24 hour period. Talk about being a comeback kid.

So how did they do it? How did Reed Hastings make his dream come true by making his company a legitimate opponent to television’s star, HBO?

Consider these tips on how Netflix sustained hardships and solidified their brand.

1. By staying true to their brand – After trying to rename their mail based DVD rental service to“Qwikster” and making it separate from the instant streaming of movies and TV series, Netflix realized they needed to backtrack and stick with their original plan.  Change is good, but when it creates confusion in the eyes of the customer, it will do more harm than good in the long run. Netflix apologized and went back  to offering both live streaming and mail order DVDs from one service like they had always done.

2. By listening to their customers – When Qwikster failed to please customers, they took to social media to voice their opinions. However, there was a bit of a problem: Netflix failed to create a new Twitter account for the new DVD service and customers mistakenly were tweeting a “Qwikster” account that belonged to a man who had nothing to do with Netflix and was less than polite in his response to the onslaught of complaints. Netflix lost 800,000 customers after announcing Qwikster and the price increase that went with it. Shortly after realizing this isn’t what customers wanted, they changed back to the original format.

3. By being original – CEO Hastings said in an interview that he wanted to be comparable to HBO. What seemed like a lofty goal has now become a reality, thanks to original series like House of Cards, which was the first web based television series to ever win an Emmy Award. Another original series, Orange is the New Black, quickly became popular as well. Thanks to these shows, Netflix has become a household name not only for being the top mail order DVD service, but their brand as a whole is at the top of the charts for entertainment sources.

How can your brand beat the odds? Let the marketing professionals at Susan J. Campbell Copywriting Solutions, LLC create a brand strategy that maps out how your brand stays true to your product and your customers.